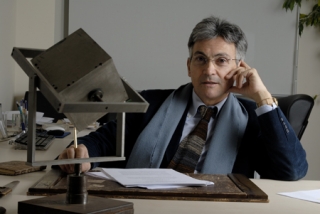 Salvatore Monaco, 1951. Full Professor in Systems Theory from 1986. Senior Member of IEEE Society from 1996. Fellow from 2003.  From 1986 to 1989, member of the S. E. F. I. , he promoted students’ mobility in Europe. Responsible/co-responsible of 25 PhD Students. He promoted and coordinated the organization of a Master ,"post-laurea" in the Engineering of the Emergency, in cooperation with government institutions. Member of the ASI (Italian Space Agency) Scientific Committee from 1989 to 1995, in the Executive Council of the EUCA (European Union Control Association) from 1990 (foundation date) to 1997; from 1997, member of the ASI Technological Committee; from 1999 to 2001 in the Working Group on the Evaluation of ASI. He promoted technological transfert in the area of Automation. In 1995, he served as scientific advisor for the Director of the J. R. C. (Joint Research Center of the European Union). From 2000 to 2007, Member of the Executive Council of “ NETTUNO ” - a consortium between italian universities coordinating multimedia and distance learning. From 2001 to 2004 he served as president of the Scientific Commeettee of UFI/UIF the “Università italo-francese”, an inter gouvernamental institution for coordinating research and didactics. From 2001 he is president of the council for the degree of System and Control Engineering.

His research activity is in the field of Systems and Control Theory and applied research in spacecraft control. Coordinator of national and international projects. Author and co-author of nearly 200 scientific publication, 3 books, 1 patent. (1981-1982, Outstanding Paper in the IEEE Trans. on AC).