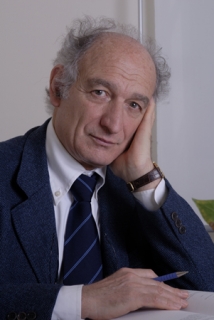 Gianni Di Pillo (Rome, Italy, 1942) is Professor Emeritus in the University of Rome "La Sapienza", with more than 40 years of research and teaching activities in Systems Theory and Mathematical Optimization.

His research activity is carried out in the Department of Computer Control and Management Engineering, a leading research and teaching institution in Italy, with a staff of more than 70 professors and researchers. In 1994 he was elected Director of the Department, and he was in this charge uninterruptedly until 2006.
His main research interests are in the field of Optimization, with an emphasis  on Nonlinear Programming theory and algorithms. Among his contributions, a theory of exact penalization, aiming to transform a constrained optimization problem into an equivalent unconstrained optimization problem, with several algorithmic implementations; smooth methods for the non-smooth mini-max problem; and global optimization methods for highly expensive objective functions. Applications have been in the railway yield management, in the management of steam production, in the parametric estimation of astrophysics systems, in sales forecasting, in the design of microelectronics devices. His research results are published in more then one hundred papers in international journals and edited proceedings.
Since 1984 up to 2010 he has been principal investigator of  national research programs on Optimization Theory and Algorithms, carried out jointly by several research groups of Italian Universities.
He has been the Director of the Workshops on Nonlinear Optimization organized every three years since 1995 up to 2013 at the International School of Mathematics "G. Stampacchia" of the Majorana Centre for Scientific Culture in Erice.
He is Associate Editor of Journal of Optimization Theory and Applications,  Journal of Global Optimization, Computational Optimization and Applications, Journal of Industrial Management and Optimization, Optimization Letters, 4OR Journal of Operations Research.
Interessi di ricerca